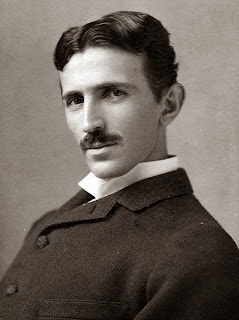 I have been researching a number of important historical figures, still in search of that spark to shed light on the path ahead. With the pun intended, I have been looking more indepth at Nikola Tesla. Tesla is famous for creating what we know as electicity, or the invention of the electric alternating current to be more precise. Based on his appearance, I have ideas of creating something powerful - and possibly evil - using Tesla.

Serbian-American inventor Nikola Tesla was born in July of 1856, in what is now Croatia. He came to the United States in 1884, and briefly worked with Thomas Edison before the two parted ways. He sold several patent rights, including those to his alternating-current machinery, to George Westinghouse. His 1891 invention, the "Tesla coil, " is still used in radio technology today. Tesla died in New York City on January 7, 1943.

Famous Serbian-American inventor Nikola Tesla was born on July 10, 1856, in what is now Smiljan, Croatia. Tesla's interest in electrical invention was likely spurred by his mother, Djuka Mandic, who invented small household appliances in her spare time while her son was growing up. Tesla's father, Milutin Tesla, was a priest. After studying in the 1870s at the Realschule, Karlstadt (later renamed the Johann-Rudolph-Glauber Realschule Karlstadt); the Polytechnic Institute in Graz, Austria; and the University of Prague, Tesla began preparing for a trip to America.

Tesla came to the United States in 1884, and soon began working with famed inventor and business mogul Thomas Edison. The two worked together for a brief periof before parting ways due to a conflicting business-scientific relationship, attributed by historians to their incredibly different personalities: While Edison was a power figure who focused on marketing and financial success, Tesla was a commercially out-of-tune and somewhat vulnerable, yet extremely pivotal inventor, who pioneered some of history's the most important inventions. His inventions include the "Tesla coil," developed in 1891, and an alternating-current electrical system of generators, motors and transformers—both of which are still used widely today.
On the AC electrical system alone, Tesla held 40 basic U.S. patents, which he later sold to George Westinghouse, an American engineer and business man who was determined to supply the nation with the Tesla's AC system. He would succeed in doing just that, not long after purchasing Tesla's patents. Around this time, conflict arose between Tesla and Edison, as Edison was determined to sell his direct-current system to the nation. According to the Tesla Memorial Society of New York, Tesla-Westinghouse ultimately won out because Tesla's system was "a superior technology," presenting greater "progress of both America and the world" than Edison's DC system. Outside of his AC system patents, Tesla sold several other patent rights to Westinghouse.
At the 1893 World Columbian Exposition, held in Chicago, Tesla conducted demonstrations of his AC system, which soon became the standard power system of the 20th century, and has remained the worldwide standard ever since. Two years later, in 1895, Tesla designed the first hydroelectric powerplant at Niagara Falls, a feat that was highly publicized throughout the world.
Around 1900—nearly a decade later after inventing the "Tesla coil"—Tesla began working on his boldest project yet: Building a global communication system—through a large, electrical tower—for sharing information and providing free electricity throughout the world.
Posted by Sean at 13:55 3 comments:

Email ThisBlogThis!Share to TwitterShare to FacebookShare to Pinterest
Labels: Research

I happened upon this trailer for the newly released Stephen Hawkings documentary film whilst conducting research into historical figures. The thing I really like about this trailer is it's undeniable superhero charm and Hollywood movie feel, which comes down to the powerful choice of music and shots. It feels like i'm watching a trailer for the new Thor movie rather then Hawkings The Movie. The trailer has intentionally been made to portray that feeling of being super, and is in no way intended to make a fool of Hawking, which I like.

Stephen Hawkings is an English theoretical physicist, cosmologist, author and Director of Research at the Centre for Theoretical Cosmologyit. Some would come to say that Hawkings is indeed a superhero in his own right, which makes this trailer prove so promising as a great piece of source information for my project.
Posted by Sean at 11:15 No comments:

Email ThisBlogThis!Share to TwitterShare to FacebookShare to Pinterest
Labels: Research

Project Proposal
Posted by Sean at 18:11 No comments:

Here is the final model. 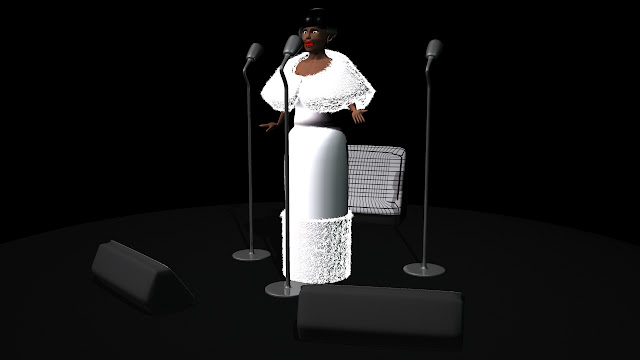 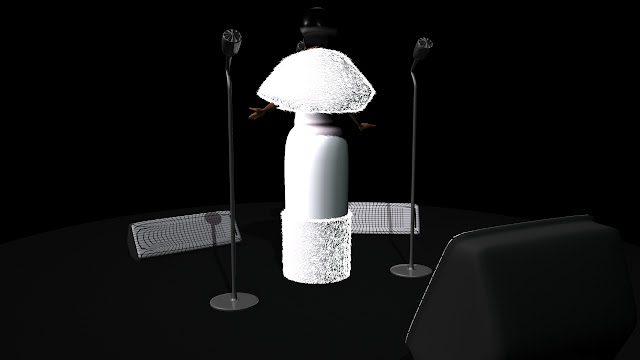 I had some problems with smoothing the mesh so decided to leave it without a smooth for now and render using smooth preview.
Posted by Sean at 11:30 No comments: